The following photograph was proudly (?) circulated by Mike Bloomberg’s presidential campaign this week: 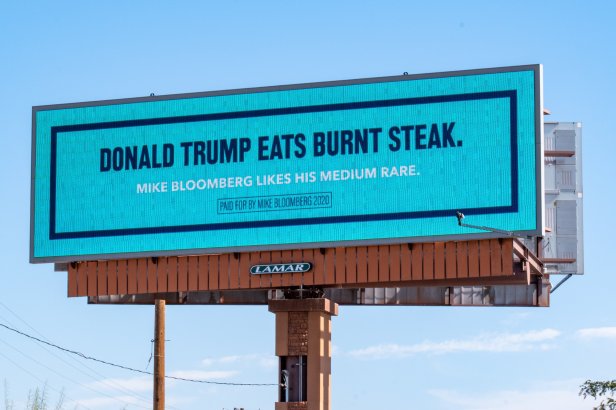 I think this is a classic case of “more money than brains” as we used to say in Palm Beach.  And it doesn’t say much for performance either: my grandfather Chet Warrington liked his burnt too, but that didn’t stop him from looming large on the Washington aviation scene in the 1930’s (and other scenes before and after.)  And it didn’t keep him from having an audience with Franklin Roosevelt before the 1933 Langley Day.

Eating your steak “just past moo” (as an old friend from Texas A&M used to say) has somehow become a mark of “sophistication,” which was probably Bloomberg’s motivation behind the sign.  When my wife entered our family, she was derided for liking her steak well done.  But the family–or the nation–which forgets how they got were they were and concentrates on things like burnt steak will end up somewhere else.